Here’s a look at 10 more interesting facts about this World Cup:

1. What do you do when the stadium doesn’t have the 35,000 seats FIFA asks for? Build the rest of the seats outside the stadium. Hah! That’s what Ekaterinburg Arena—one of 12 venues for the World Cup 2018—did since it had only 27,000 seats. They built bleacher structures extending beyond the original stadium behind the goal on either side, thus increasing the capacity to 45,000. The stadium, which was built between 1953 and 1957, will host four group games, after which the temporary seating will be removed. 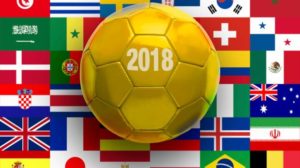 2. If FIFA president Gianni Infantino has his way, Russia 2018 might well be the last World Cup with 32 nations. Though the change to 48 teams is to be implemented from the 2026 edition, Infantino is, reportedly, considering a request from CONMEBOL—the South American Football Confederation—and its 10-member associations to “accelerate the expansion plans”. So, if FIFA accepts the request, the change may come into effect from Qatar 2022 itself, which, if it happens, will put Qatar under tremendous pressure to host 16 more teams and 16 more matches.

3. No visa to travel to Russia for the FIFA World Cup 2018? Don’t worry! You do not need a visa to enter Russia during the tournament. There will be a Fan-ID—the special permit available to holders of World Cup tickets—which will act as an entry and exit visa to and from Russia. But you will need other documents such as proof of ticket purchase and other documents as agreed to by the FIFA.

4. Nine of the 12 World Cup stadiums in Russia were built just for the tournament. The main venue of the FIFA World Cup 2018—the Luzhniki Stadium in Moscow— where the opening match and the final will be held was renovated and reopened in November. The tournament is spread across 11 cities.

5. The FIFA World Cup 2018 will cost Russia almost $12 billion. The estimated cost rose by $600 million last year. Of this, the government will allocate $6.7 billion, while $1.5 billion will come from regional governments and $3.4 billion from private and state-run companies. Hosting a World Cup is costly business, you see.

6. World Cup debut at 45? Why not? After all, age is just a number, believs Egyptian goalkeeper Essam el-Hadary. If he makes the final squad for Russia 2018—which he, in all probability will, having played and captained in all the qualifying matches but the last one, el-Hadary will become the oldest person to feature in a World Cup. He has represented Egypt in 156 matches. Colombian goalkeeper Faryd Mondragon is the oldest man to play at a World Cup when he featured against Japan in Brazil in 2014 aged 43 years and 3 days.

8. Zimbabwe was supposed to make its World Cup debut in Russia, but the FIFA expelled them from the competition because the Zimbabwe Football Association (ZIFA) failed to pay former coach José Claudinei a severance fee within the time granted by the FIFA. Ouch!

9. USD 400 million would be shared between the participants at the 2018 World Cup in the form of prize money. It is an increase of 12 per cent from last year. Each participating team would get $8 million. If a team progresses from the group stage but gets knocked out at the round of 16 they will get an extra $4m.

Teams eliminated in the quarterfinal stage will get a further $4m. The losing semifinalists, who will then play for the third place, will get $46 million, with the winner getting $24m and the loser $22m. The winners of the FIFA World Cup will be paid $38m and the runners-up $28m.

Apart from all this, each team will get another $1.5m for tournament costs.

10. Racism has reared its ugly head time and again during football matches in Russia, including the friendly in March between France and the host country at St Petersburg. To counter it, FIFA had implemented an anti-discrimination monitoring system at the World Cup qualifiers, monitoring all 871 matches and deploying trained observers at 177 of those. In the main draw, too, three anti-discrimination match observers will be present at the stadium for each of the 64 matches. They will support the security guards and provide evidence for investigations into incidents of racial discrimination. Referees will also have the right to stop or abandon a game in case of racist incidents.

Grab some mates and get ready to embrace all the beauty of rest of the WC matches.

To know more about us, Please contact us on https://helpxpat.com