Dubai 2040: How Urban Master Plan will transform the lives of residents 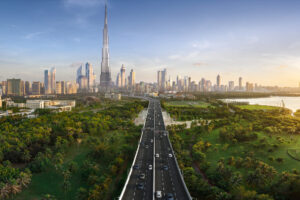 The Dubai 2040 Urban Master Plan, an outline of how the emirate will be developed over the next 20 years, envisages large-scale changes to the landscape and skyline.

Beaches will be extended by 400 per cent and 60 per cent of Dubai will be nature reserves under the 2040 plan.

The wide-ranging vision aims to provide the best quality of life for Dubai’sand pave the way for the next major residential and economic developments in the city.It is the seventh plan of its kind to be implemented in the emirate since 1960.

The scheme divides the city into five key areas of development, each focused on building on Dubai’s strengths.

The Dubai 2040 Urban Master Plan is the seventh plan of its kind to be implemented in the emirate since 1960.It focuses on using space within the limits of the current city and concentrates development in existing urban areas.

These are the main highlights:

Sixty per cent of Dubai will be covered in nature reserves, under the 2040 plan unveiled by Sheikh Mohammed bin Rashid, Vice President and Ruler of Dubai.

The plan sets out that the emirate’s population will surge from 3.3 million to 5.8 million in the next 20 years. While the overall plan addresses dealing with this increase, economists have said the growth will help spur the economy, as the city emerges from the pandemic.

The “people-led” plan aims to improve interconnectivity by ensuring 55 per cent of the population will live within 800 metres of a mainpublic transport station.

The master plan aims to encourage mass transit use, walking, cycling and the use of flexible means of transportation.