Bahrain is set to become the third Gulf Cooperation Council (GCC) to implement the unified agreement on Value Added Tax (VAT) on goods and services.

On Sunday, the kingdom’s bicameral parliament, holding an extraordinary session upon a royal order issued last week, approved VAT at the rate of five per cent effective from January 1 next year. 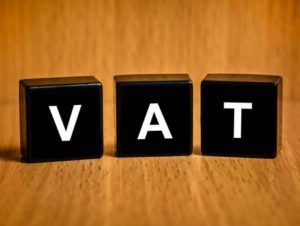 The lower and upper chambers of the parliament also approved new pension rules for ministers and members of the Council of Representatives, the Shura Council and the Municipal Council.

VAT and changes to the pension system are part of efforts to fix public finances hit hard by the drop in oil prices which also pushed Bahrain’s dinar to its lowest in more than a decade.

In February, Bahraini Minister of Finance Shaikh Ahmad Bin Mohammad Al Khalifa said that Bahrain would introduce a VAT and would have everything set up by the end of 2018.

He said the VAT introduction would be in cooperation with the parliament.

“We have a system of consensus building, such as parliament. It’s vital for Bahrain to go through that process as we diversify,” Shaikh Ahmad said.

Bahrain has been pushing for strengthening its finance and last week, it signed an agreement with Kuwait, Saudi Arabia and the UAE to fund a 10-billion-dollar package as part of a Fiscal Balance Programme.

Abdul Monam Janahi, a business analyst in Bahrain, said that VAT was unlikely to affect foreign direct investments and that it would have very small negative effects since the tax rate will be low.

“However, the GCC will no longer able to promote itself as a lucrative tax-free destination,” he said.

“A major issue would be for the countries implementing VAT is to have the necessary adequate training, technical systems, financial and tax governance and compliance, and other areas in order to meet all requirements.”

For any Relocation and immigration services in Bahrain, Please contact us on https://helpxpat.com