More and more expats are moving to Angola in search of adventure and the generous salary packages attached to life in one of Africa’s largest oil-producing countries. Although still rife with poverty and struggling to recover from many years of war, Angola is rich in natural resources and is fast cultivating a dynamic business environment with plenty of opportunity.

For the past few years we have consistently relocated corporate executives to live in Angola and their families to, and within, Angola. We are responsive and professional, and always operate with care and sensitivity towards our client’s needs.

Whether you’re moving for work or to experience a new pace of life, a rising number of foreign nationals are considering Angola for their new home.

Searching for a new property in Angola can be stressful, time-consuming and very frustrating, often requiring that you view numerous properties that don’t meet your requirements. Helpxpat will save your time by assuring all properties closely suit your needs and reporting back to you with an itinerary. Our consultants in Angola have considerable market knowledge and negotiation skills.

A safer option is to use the services of a relocation agent, who will be able to speak the language and understand the local nuances of the Angola property market.

Types of accommodation in Angola

Choosing an accommodation, you have to take into consideration some important points: living in such compounds is comfortable if you arrive in Angola with a family and you enlist your kids in any of the international schools located nearby. The compounds are usually equipped with facilities such as a swimming pool or a gym. The drawback is that a commute to work and back can take hours. Rental costs are very high. If you decided to rent it on your own, you would pay 10k-30k USD per month depending on the apartment’s size, location and a set of facilities

How to find a home in Angola

Choosing an accommodation, you have to take into consideration some important points: living in such compounds is comfortable if you arrive in Angola with a family and you enlist your kids in any of the international schools located nearby. The compounds are usually equipped with facilities such as a swimming pool or a gym. The drawback is that a commute to work and back can take hours. Rental costs are very high. If you decided to rent it on your own, you would pay 10k-30k USD per month depending on the apartment’s size, location and a set of facilities.

The 3 most popular areas for expats are Miramar (a prestigious area where rich Angolans and diplomats live), Talatona (a new suburb with parks and villas), and Luanda Sul (a satellite of the capital that offers some good international school, shop and housing options but is awful in terms of commute).

Whatever option you choose, you should consider what kind of means the accommodation has to cope with electricity and water turn offs (for example, water tanks and generators) as the supply of these utilities are quite unstable in Angola.

Choosing a right school in Angola

There are four years of compulsory, free primary education in Angola. While literacy is still not at ideal levels, the university system has been rapidly developing. An influx of expats has also brought greater demand for international schools and wait times can be quite long. Luanda also ranks as one of the most expensive expat locations and tuition reflects that at around $40,000 USD per annum (biggest importer of 4×4 vehicles and richest meet with the poorest…). However, this is often paid by the employing company. Angolan law requires international schools to enroll both expats and local students – usually children of high government officials.

In Angola, you can find schools that follow the American or British curriculums with English speaking programs while others are regulated under the French or Arabic education system.

These schools may provide non-English education (e.g. Spanish, Japanese, German) that can help an expat student feel more at home. Space is often limited and preference may be given to students based on nationality. Admission and enrollment procedures vary from school to school. International schools are very expensive, but usually offer high standards of learning, boast smaller class sizes, first-rate facilities, and extracurriculars. Boarding facilities may be available for additional fees.

Education is officially compulsory for children between the ages of 6 to 15 in Angola, but enrollment can be low after primary school. The primary language of public schools is Arabic. French is the first foreign language taught in all schools and is often the medium of instruction in post-secondary programs as well as private schools. Most educated Angolans are bilingual in both Arabic and French.

Foreign nationals wishing to work in Angola are required to obtain a work permit. Generally, companies are subject to a maximum quota of 30% foreign nationals per company.

A foreign company that wishes to get a work permit for one of its employees must first set up its Angolan subsidiary/branch/representative office. This Angolan entity may then apply for the work permit.

Foreign employees require a work visa or residence permit to work in Angola, which is issued by the Ministry of Public Administration, Employment and Social Security.

Angolan labour law defines a “non-resident foreign employee” as a foreign citizen having professional, technical or scientific qualifications in which Angola is not self-sufficient, contracted in a foreign country to carry on his professional activity within Angolan territory during a determined period of time. As such, the hiring of foreign employees is highly dependent on the availability of skilled Angolan labour to fill the position. Both domestic or foreign employers are only able to employ non-resident foreign labour it its workforce is at least 70% Angolan. This quota may be exceeded by special application to the provincial entities in the case of specialised employees or workers which are not available in Angola.

To employ any non-resident foreign worker, the employee must meet the following main requirements to:

Not have a criminal record.

Have never received a scholarship granted by Angolan entities or foreign companies operating in Angola.

Have an employment agreement or promise of employment.

Have a certificate of all the necessary qualifications.

The working visa is valid for the entire duration of the employment agreement but can only be issued for a minimum of 3 months and a maximum period of 36 months.

By law, working visas should be issued within 15 days, but in practice the authorities usually take between two and three months to issue them. Working visas cost about US$100.

Residence permits can be temporary (issued for one or three years, depending on whether the employee is living for at least five consecutive year in Angola or less) or they can be permanent in which case the foreign citizen is required to have lived for ten consecutive years in Angola.

In general, the following documents are required to apply for a work permit at an Angolan consulate:

* Letter from the Angolan entity applying for work permit, addressed to the Embassy

* A photocopy of applicant’s Passport, with a validity of at least 18 months.

* Declaration by applicant to abide by the laws of Angola (translated into Portuguese, legalised by the Notary Public and by the Ministry of Foreign Affairs)

* Extract from the Criminal Registry issued by authorities from the country of residence (translated into Portuguese, also legalised).

* Certificate of good health issued by an official Health Institution from the country of residence (translated into Portuguese, also legalised)

* Academic and professional certificates translated into Portuguese, authenticated by a notary and by the Consular and Diplomatic Mission of Angola

* Curriculum vitae (dated and signed by the Applicant and witnessed by public Notary and the Ministry for Foreign Affairs. If written in a foreign language, translated into Portuguese before the legalisation).

* Proof of the legal status of the Contracting Institution (a photocopy of the Angola’s Registrar of Company’s certificate, proof of paid-up Company tax in Angola and publication in the Government Gazette – (“Diário da República”)Statement pledging to abide by all Angolan laws

Note that all documents written in foreign languages must be translated into Portuguese by a Official Translator, legalised by a Public Notary; by the Ministry for Foreign Affairs or by the Angolan embassy.

The foreign national can only engage in the professional activity for which the visa was issued for and to work only for the employer whom requested it. The employer is required to notify the SME (Serviços de Migração e Estrangeiros) of any change in the duration of the contract for purposes of compliance with the law.

Work visas are categorised in different types depending on the types of activities that are exercised. For example, a type C work visa is applicable for foreign nationals wishing to work in the petroleum industry and in civil construction, or a type D work visa will be delivered to whom applies to work in commercial, industrial or fishing sectors.

Helpxpat specialise in helping people move and are set up to relieve employees of the issues that occur when moving to Angola and we offer a wide range of services and provide aid in every aspect of your relocation – from visa struggles and work permits, to transport and finding housing.

Relocating without any assistance and help can quickly evolve into a matter of frustration, confusion and surrender – Our expert expat team is ready to get your relocation going, so why not jump-start your move abroad and contact us today? Best to start early!

* All partners are certified or members of OMNI, FEDEMAC, LACMA, IAM or FIDI

For additional Information on any Relocation I Destination Support I Visa and immigration services I Moving services I Police clearance Certificate in Angola in Angola, please contact our in-house Mobility Expert, Ms. Simi Sujith, Directly: 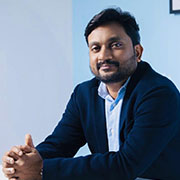 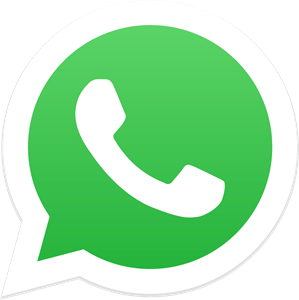